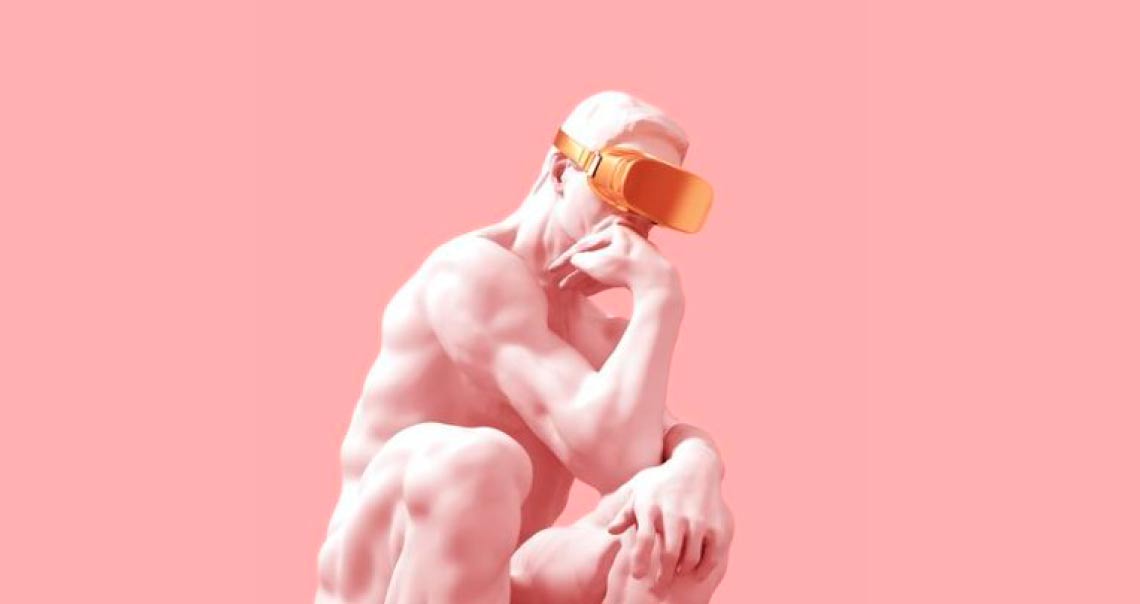 The future might be unknowable, but there are ways to forecast upcoming scenarios and prepare for the worst — or the best. So instead of believing that tomorrow will just pick up where yesterday left off, we should learn to read the signs. Nothing is written but everything can be predicted.

Elon Musk, of Tesla and SpaceX fame, seems to be appearing on the news every week. Now, after many comings and goings, and following an acquisition process that business schools will be analyzing for decades to come, the richest man in the world will buy Twitter for the cool sum of around $42 billion (if the company’s shareholders approve the offer later this year).
Managers, collaborators, and users haven’t silenced their concerns. They’re unsure about the direction Twitter might take if the takeover goes through. And that’s because Musk is no ordinary man. He’s a provocateur and every tweet he publishes manages to shake up social media and news outlets. “There's always the risk of some catastrophe such as what happened to the dinosaurs or global nuclear war,” Musk said in a 2003 Forbes profile. “Long term, if we are going to go up there and understand what the universe is all about, it will entail leaving the planet Earth.”

That’s what SpaceX is all about. With this company, Musk reawakened people’s interest in outer space, which had plummeted since the 1970s. Other private ventures joined the fray, including Richard Branson’s Virgin Galactic and Jeff Bezos’s Blue Origin, both looking to promote space tourism. Yet in comparison, Musk’s vision seems to reach further: deep into the future. Many companies today are not only looking at the past and the present, but periodically attempting to predict the future. This has nothing to do with futurology. Rather, it’s an attempt to understand both possible and alternative futures by looking for signs in the present — signs that might be easy to ignore now but which have the potential to grow in size down the road.

“Future studies, as they’re called, help organizations and individuals to visualize, design, and move toward desirable scenarios instead of passively accepting whatever comes their way,” explains Jim Dator, professor and Director of the Hawaii Research Center for Futures Studies in the department of political science at the University of Hawaii at Manoa

This is where the so-called “foresight methodology” comes into play: it helps design possible future scenarios to anticipate what’s coming so we can constantly adapt and take advantage of business opportunities. The need to anticipate future scenarios is so great, that some organizations have even hired science fiction writers to help them look past their biases and outdated recipes, and design coherent and provocative scenarios that don’t follow today’s rules. As Dator once said, “Any useful idea about the future should appear to be ridiculous.”

Let’s look at Coca-Cola. Headquartered in Atlanta, Georgia, this centenary beverage company rose to prominence thanks to its famous sugary drink. But Coca-Cola saw that purchasing trends were shifting toward healthier lifestyles. So its product range became broader than ever. Coca-Cola was able to redirect its strategy in time because it realized what was coming.

Now, what happens if we only see the wave right before it crashes into us? Can we react quickly enough? Designing future scenarios allows us to analyze plausible futures before they happen so we can position ourselves strategically.

It can be dangerous to think about the future only through the lens of today’s rules and reality, without creatively breaking away from our biases. What would have happened if Angela Merkel, the former German chancellor, had considered that Russia might one day invade Ukraine? Most likely, Germany would today not be so dependent on Russian gas.

Let’s go back to science fiction. One of my favorite zombie movies is World War Z, released in 2013. The plot revolves around a global epidemic turning people into zombies. But Israel, as it turns out, is the only country capable of containing the spread of the virus because it was able to take preventive measures. In one scene, the protagonist, played by Brad Pitt, asks Mossad analyst Jurgen Warmbrunn how Israel was able to prevent something as unlikely as a zombie attack. The analyst explains: “Most people don't believe something can happen until it already has. (...) In the ’30s, Jews refused to believe they could be sent to concentration camps. In ’72, we refused to fathom we’d be massacred in the Olympics. (...) So, we decided to make a change. The tenth man. If nine of us with the same information arrived at the exact same conclusion, it’s the duty of the tenth man to disagree. No matter how improbable it may seem, the tenth man has to start thinking with the assumption that the other nine were wrong.”

The foresight methodology is not about finding out what’s likely; it’s about designing scenarios that have a low probability but high impact. The world we live in moves faster every day and is constantly wracked by waves. Organizations tend to evolve for two reasons: either a vision or a crisis. Vision allows them to see the wave from afar, so they have more time to react before the wave grows into a full-fledged tsunami. A crisis, though, doesn’t give anyone time to react. By the time we see the wave, it’s already on top of us.

Why is it that, for our companies, it’s often easier to change in the face of a crisis than it is to plan ahead and evolve thanks to their vision? We place too much trust in our recipes, in our past experiences, in what brought us to where we are now. We tend to latch on to recognizable trends, just like every other company on the planet. But trends come from the past and don’t necessarily point to the future. To see ahead, we’ll have to combine these trends with the other signs that make up our present, and so redefine what is and isn’t possible.

The future is what you make of it

The question we have to ask ourselves, then, is how to recognize that another reality is possible, even when it seems improbable or counterintuitive — and even when we’re often incapable of seeing the forks in the road ahead. To quote Emmett Brown, the scientist from the Back to the Future movies, “The future is what you make of it.” But for that to be true, we have to go beyond predicting the future and, instead, redefine and reconsider it. Creativity becomes a crucial skill to rethink what’s possible.

However, it’s not enough to design a handful of scenarios and call it a day. We have to constantly monitor the present to see the writing on the wall, to see what signs appear or disappear, which grow stronger and which fade away. No future we can imagine will ever entirely come to pass, but our goal should be to see the tsunami coming long before it hits, so it doesn’t surprise us and we have the tools to withstand its impact. As our global society faces crises of all stripes, it becomes extra important to learn from the past and the present in order to build our future.

As Dator says, the future cannot be predicted, but alternative futures may be forecasted and preferable futures can be imagined or invented, as we widen our horizons in search of new things. Perhaps our future, as Elon Musk believes, will see us expanding into brain-computer interfaces, space travel — and much else besides.