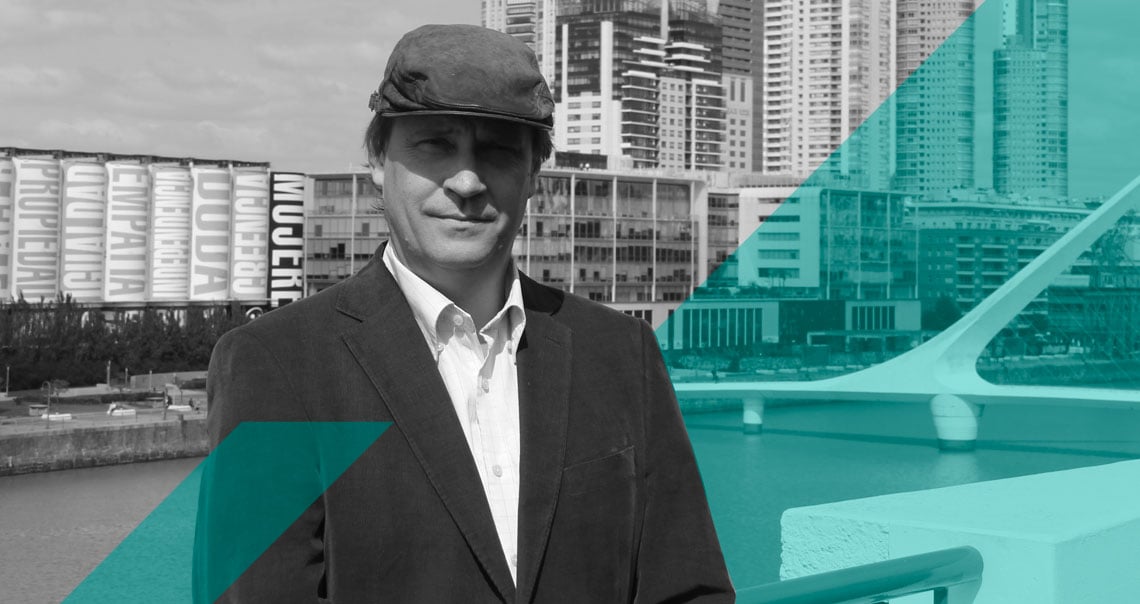 Change hurts and always exacts a cost. The Russian invasion of Ukraine is simply the latest example of this. But it’s the small heroes and players who best understand how to navigate change. Let’s learn from them.

As the saying goes, a picture is worth a thousand words. This might be a cliché, but it’s true. I confirmed this for myself a few days ago, when I stumbled upon an unforgettable photograph published by a German news outlet.

The photograph shows one of the many protests held around the world against the Russian invasion of Ukraine. But what’s extraordinary about this image isn’t the broader context of the protest, but rather a singular character, a young kid standing in the middle of the crowd, holding a sign. He looks silent, almost apathetic, barely paying attention to the adults around him and letting his sign do the talking: “Better to be cold than to pay Putin.”

This brief message — written in large, obviously childish lettering — fixed itself in my mind. It reminded me that, in these trying times, it’s the small heroes who make a difference. And that’s the message I want to convey to our organizations and to ourselves as leaders.

One way we can be responsible leaders is to say enough is enough. That’s what many multinationals did when Putin advanced on Ukraine: they left the Russian market. From Visa to Toyota, AirBnB, Goldman Sachs, Apple, Mango, Google, LVMH, Mercedes-Benz, General Motors, and the list goes on.

Yet we can contribute even more to our organizations. We have an obligation to quickly bring about the profound, urgent transformations the global value chain is asking of us — so that our business needs no longer put human lives on the balance. This goes beyond the conflict in Ukraine and the debate over energy resources. The sign held up by the little hero from the photograph wasn’t just a message to German political leaders. It was also a statement of intent from a future consumer. In a way, the sign was saying: “I don’t want what’s good and cheap anymore. I want products and providers I can identify with, that are sustainable and reflect my views, that protect the world that I — and the people I love — call home. And I’m willing to pay whatever this costs.”

No matter where we live, in Santiago de Chile, San Diego, Madrid, Berlin, Addis Abeba, New Delhi, Shanghai or Melbourne, little heroes are demanding — more loudly than ever — that our productive and business models put people’s wellbeing at the center. For us, as organizational leaders, that means prioritizing the long term over the short. More than that, it means displaying the most crucial quality a leader must have: courage.

One for the history books

As I write these lines, the European Union finds itself between a rock and a hard place. It has to decide whether to stop receiving Russian oil and gas — or continue condemning the invasion while simultaneously paying Moscow over 1 billion Euros a day to guarantee the normal functioning of its industry and economy. Keep in mind, Germany relies on Russia for

40% of its oil imports and over 50% of its gas needs. If this supply were to dry up — and, with the ongoing war, it’s already faltering — then Germany, the engine of the European continent, would enter a certain recession. Even the most optimistic projections suggest its GDP would fall by 3% in 18 months, while inflation would rise over the same time period. The consequences would be felt far into our current decade: massive unemployment, more companies with liquidity problems. In other words, the German engine would shut down. The data leave little room for doubt.

What is also beyond doubt is that the future will demand more rapid change and transformation from us. This is the challenge that lies ahead. And history teaches us, again and again, that if we don’t seize the moment due to lack of vision, then the flow of history will sweep us along with it.

One of the best examples of this happened way back in 1453, when Constantinople fell to the Ottoman Empire. The closure of the eastward roads to Persia and China brought about the end of an era. Indeed, it was the last gasp of the Roman Empire. A few decades later, Columbus set foot in America — driven by Europe’s lack of access to the East and the need to find alternative paths and trade routes. If the Italian explorer had proposed such a voyage before the fall of Constantinople, he probably wouldn’t have found a sponsor. In modern terms, his pitch for a new business model wouldn’t have landed an investor. Yet Constantinople did fall — and the world changed.

Our well-being is often the result of other people who had the vision to take the first step toward the impossible. From the first hominins who left Africa in search of food to the first human in space (incidentally, a Russian, Juri Gagarin), our species has improved its quality of life by following a vision. In this sense, today’s organizations have the power to change the world.

Let’s put people at the center of everything we do. Let’s have the courage to rethink our business models so that social and environmental impacts are part of the balance sheet. Let’s reorder our supply chains based on scalable and sustainable resources. In short, let’s see our companies as engines of change — and act accordingly.

Yes, facing reality isn’t comfortable. There will be problems and hardships along the way. We may have to lose our traditional sources of income and reassess how we think about our organization and how we gather supplies and sell our products. Nevertheless, it’d be far more painful to wait around and see who survives the storm — as the photographs coming in from Ukraine reveal, day in and day out.

A small child in the middle of a crowd, armed with a simple cardboard sign, can remind us that the time has come to do the right thing, not the convenient thing. Let’s follow his vision.